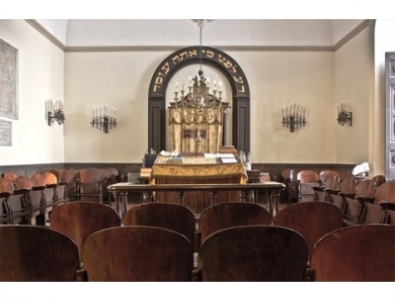 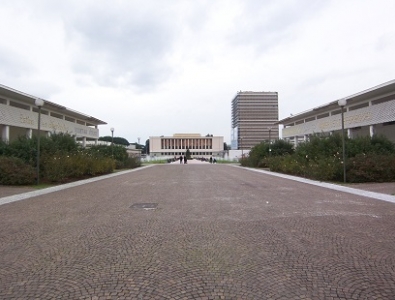 The history of the Naples’ Jewish Community started about 2000 years ago and it's  a very rich story. Evidences of Jewish existence, were found in Pompeii and, during the middle ages, Jews were very active in Naples.

In the XV century, in Naples there were three “Giudecca” (Jewish Quarters): one for Sicilian Jews, one for Spanish Jews and a larger one for the native Jews.

But this coexistence with the goym was dramatically interrupted in the years 1510-1541, with the banning of all the Jews from the Kingdom of Naples and the South of Italy.

Therefore Naples never had a ghetto, as Rome or Venice.

For about 300 years there were no Jewish communities in the South of Italy and, in the meantime, almost all Jewish sites were lost in during several urban renewals in Calabria, Sicily and Naples.

We have a quaint synagogue, established in the year 1864, with the financial contribution of the banker Rothschild, which is the only place where kosher food is available in Naples.

There is Minian every Shabbat.

Except on Sunday, the Synagogue can be visited every morning, but for security reasons, booking is compulsory.

The Naples Jewish Tour consists in a walking tour in Naples visiting the present synagogue plus the quarter where Jews used to live since the Roman times and where two ancient synagogues inadvertently survived (because, in the XVI century, they were changed into churches), together with a few slums where Jews used to live. On the way, the history of the Naples Jewish community will be explained. Note that the ex Jewish quarter and the present Synagogue, are located in two different areas of Naples.

If interested, a visit to the ancient (1873-1963) Jewish cemetery of Naples can be performed too.

This tour takes about two/three hours.

Naples has an incredible number of sites that deserve to be visited (Roman ruins and excavations, castles, royal palace, churches, museums, picturesque quarters, panoramic sites, etc.) We suggest to widen the visit to the Jewish quarter with a tour of the old city of Naples because to reach the ancient Jewish quarter we have to pass along all the old Naples center.

In this case the tour can take up to 5 hours.

On Saturday morning the synagogue is open only to pray.

The Synagogue is closed during almost all August.